Blog / Aggregating and Reporting ZenML Company Metrics on a Schedule

Aggregating and Reporting ZenML Company Metrics on a Schedule

As somebody who has attempted to work a variety of jobs that all start with “data…” I have had the importance of having data to guide your decision-making process in business (or just life in general!) drilled into me. At the same time, I am also acutely aware of how long and slow of a process it can be to set up a data warehouse architecture from scratch, especially when you try to adhere to all the best practice guides and keep everything future-proof.

So, keeping in mind the great Donald Knuth’s advice about premature optimization being the root of all evil, this post details a lean approach to tracking important business metrics for a software startup.

To make sure you are on the right track as a business, it is always good to find some easily trackable numeric values that correlate with the financial success of your business, also known as Key Performance Indicators (KPIs). In the Software-as-a-Service startup space, there is of course plenty of existing work that an entrepreneur can use to guide their choice of metrics, such as this Substack post by David Sacks and Ethan Ruby: The SaaS Metrics That Matter.

Although having many KPIs can be useful, the data scientists among the readership will know how hard multivariate optimization is. Increasing one metric can simultaneously lead to the decrease of another and vice versa, so even with these data you are still at a loss on how to act. For this reason, it is also important to decide on a so-called North Star Metric to guide your course, the optimization of which should be the final arbiter of how to act. At ZenML we have decided to use the number of unique serious active users as our North Star Metric, though even this can be viewed in slightly different ways, depending on which time scale you aggregate on (daily, weekly, monthly).

This goal can of course change over time, but it’s best to maintain a steady course for a significant period of time if you want to get anywhere. For a bit more detail on ZenML’s metrics, check out our Substack post written by Hamza: Of metrics and orbits.

KPIs can come from many different places and even those that don’t need any significant computation to derive from raw data still need to be gathered together and stored centrally if they are to be of any use for the business. Being a tech startup that deals mostly in Python code, the obvious choice to automate this gathering is a simple program written in Python, nicknamed the KPI Collector Bot. Here at ZenML we currently use Notion to manage our team knowledge base, so it makes sense to use their database feature as an easy place to store the history of disparate KPIs in a central place. At the same time, Notion is not the only place we want the gathered metrics to go, so in addition to collecting, our automation solution also needs to spread out the aggregated values to multiple destinations.

There are a plethora of data ingestion/processing/transformation tools out there, sprung up in the last decade or so to deal with ever-increasing data loads cropping up in the tech space (there is an old trope in big data that claims that “90% of the world’s data has been created in the last two years”, though I have not been able to find a credible source for that). But in the case of our bot, the data in question are so small that there is no reason to go beyond the standard tools available in Python, though Pandas provides a more user-friendly API to interact with tabular data.

The structure of the bot is an ETL pipeline—though a very simple one—where multiple data sources fan-in to a single collector and these collected data then fan-out again to multiple destinations. 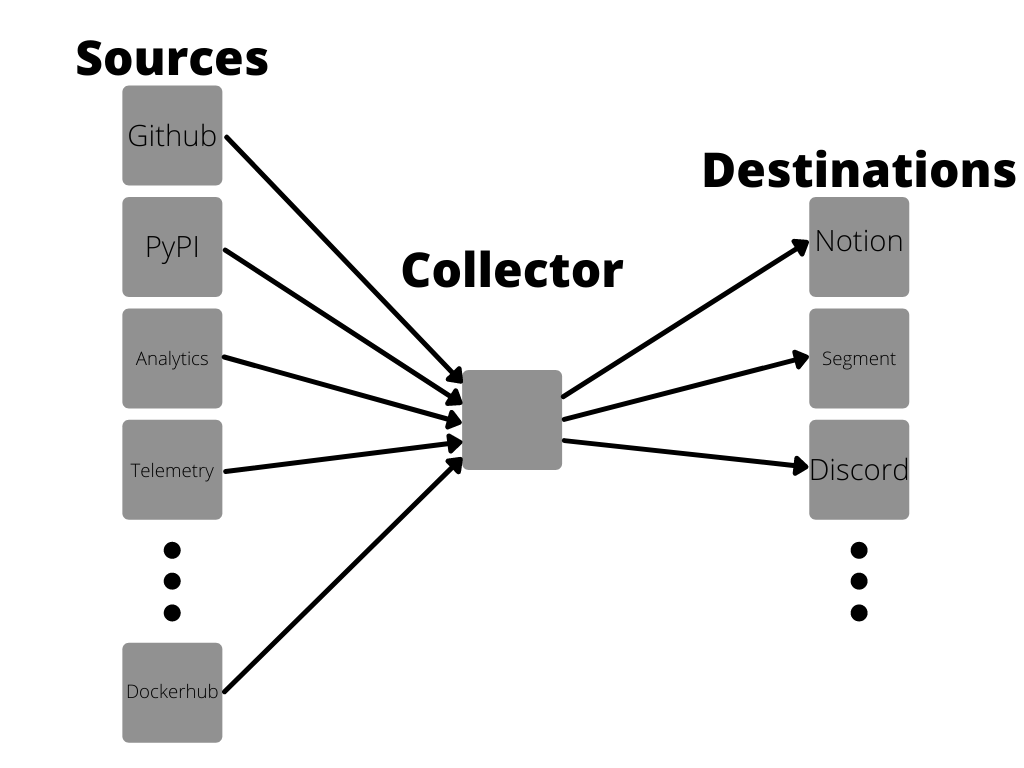 By structuring our code in an extensible fashion, it becomes easy to extend the sources or destinations:

The main challenge involved here lies not in the processing of the data, but in the disparate ways in which the data sources need to be accessed. In a perfect world, every service would have a REST API endpoint that would let you simply and efficiently request the data you want, however even today there are a surprising number of platforms that do not report their data except in a web interface designed for interactive (human) readers. Luckily there are plenty of tools out there that allow you to programmatically crawl web pages, such as Beautiful Soup. This allows us for instance to extract the number of posts currently published on this very blog in an easy way:

For publicly available sites this works, however when data is behind a log-in (either because it’s from a private project or a paid service) this approach can still fall short. If all that is required is Basic Authentication or an API token, the requests library in Python will handle it just fine, though more complex authentication flows can be more challenging. For accessing analytics from Fireside for our podcast (Pipeline Conversations—go listen to it if you’re a fan of long-form), we used the fully-fledged crawling library Scrapy, which will handle login forms just fine.

To keep the team in the loop in a push style, once a week the bot also includes Discord in its list of destinations. Discord supports implementing custom bots very simply, by providing a REST endpoint that messages can be posted to, which the bot then sends to the desired Discord channel (including supporting basic markup for rich formatting). To coincide with our bi-weekly sprint reviews and just to kick off the week, Monday’s run posts a message looking like this: 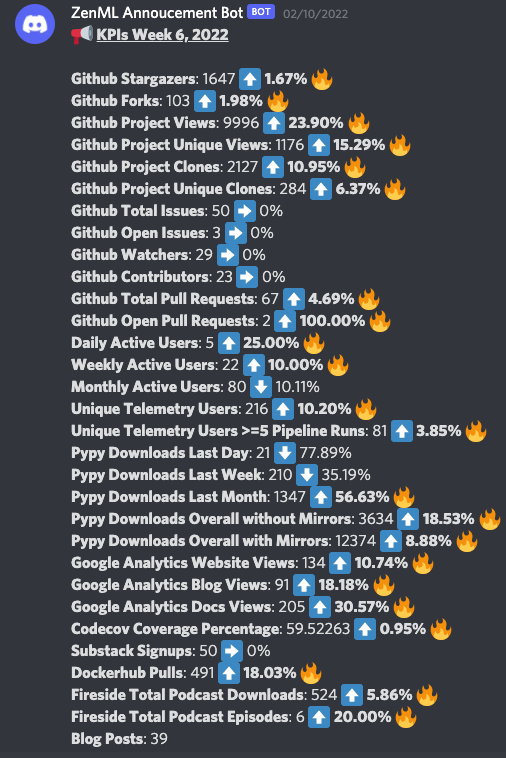 This includes looking back to the historic data in Notion from 14 days ago and comparing how the metrics have shrunk or (hopefully!) grown compared to the last sprint.

At the end of the day, all of this reading, collecting, and writing is fine, but we don’t want to have to manually execute it from a terminal on our local machines. Instead, we deploy the bot to the cloud, using Google Cloud Functions, which let you run (more or less) arbitrary Python code in a serverless manner, without having to allocate machines and only paying for the time you use to execute. To control when this function is executed, an event trigger must be specified, in our case, this is the cloud-based asynchronous communication tool Google PubSub (Publication/Subscription). The cloud function subscribes to a so-called PubSub topic and a Cloud Scheduler publishes trigger events to it according to a cron pattern.

One interesting learning during the development of this bot was that Google runs Python Cloud Functions as child threads in a Flask server. This is mostly irrelevant to the user, however it did interfere with the way Scrapy runs its web crawlers by default, using multiple threads for parallelization and signals to communicate result data between these threads.

If you are interested in seeing the KPI Collector in its entirety, watch this space—as soon as it is made open source, the Github repository will be linked here.

James W. Browne is a Machine Learning Engineer at ZenML. 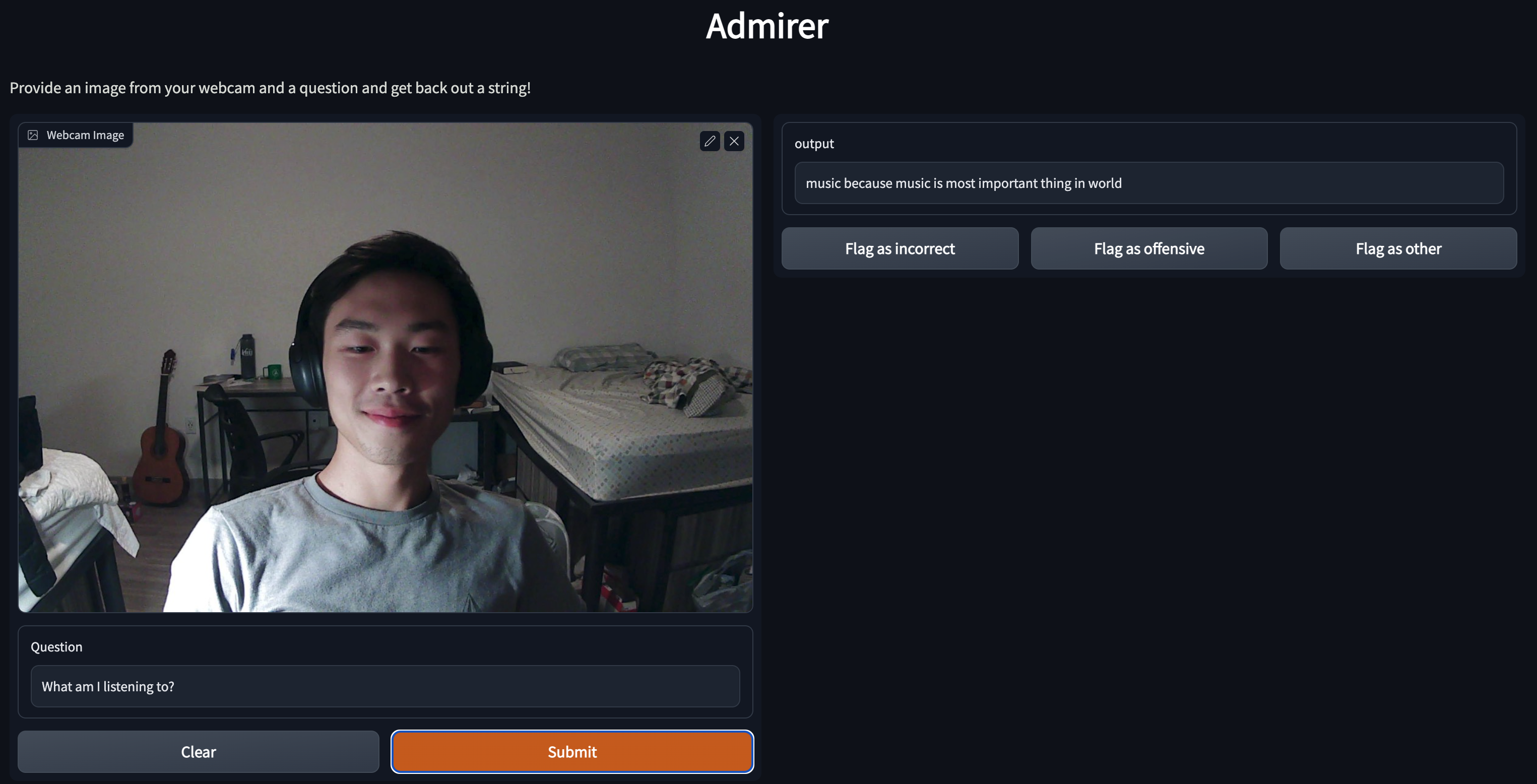 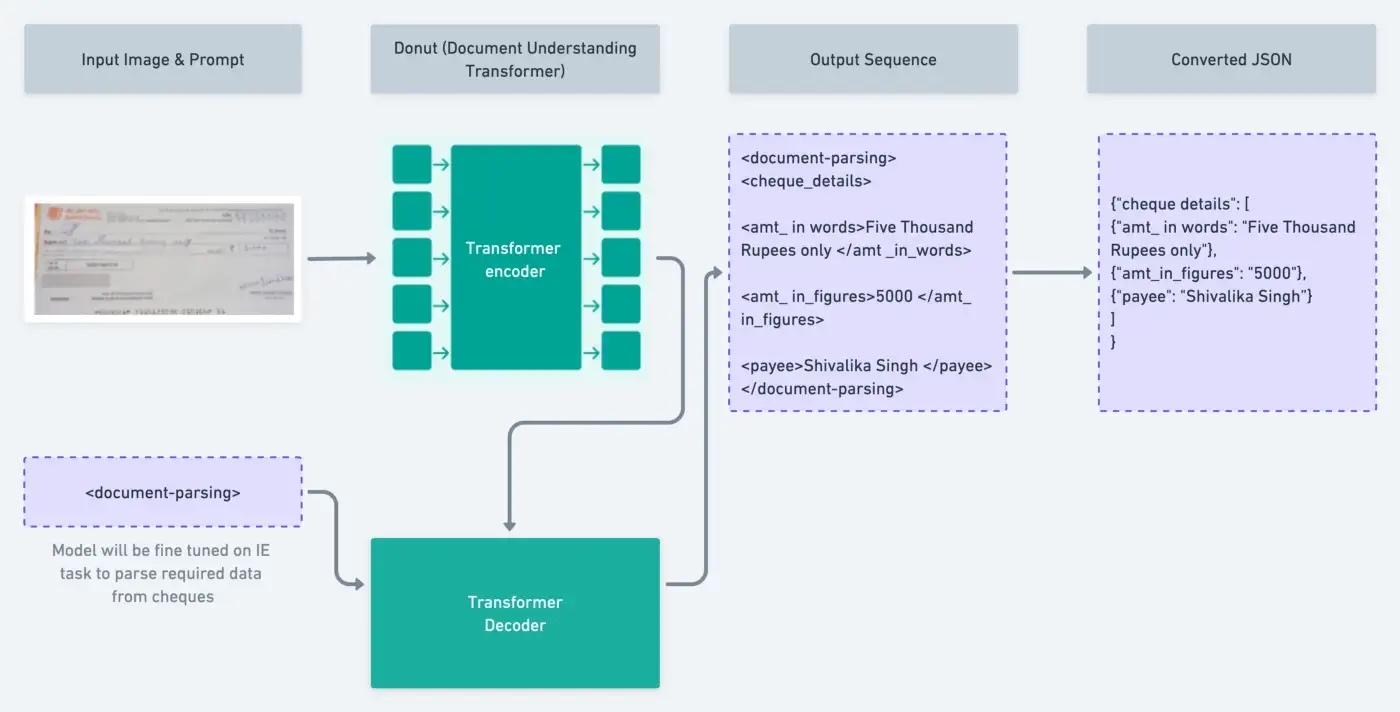